Cakma Sair is a twitter bot that generates turkish poems using NLP. It uses a dataset of 1000+ turkish poems we scraped from multiple turkish poetry websites. We think that poetry is a very important part of turkish culture, and we wanted to create a bot that can generate turkish poems.

We are using Recurrent Neural Networks (RNN) with word2vec to train the model. We then use tweepy to tweet the generated poems based on people’s inputs.

Here is a sample of the generated poems: 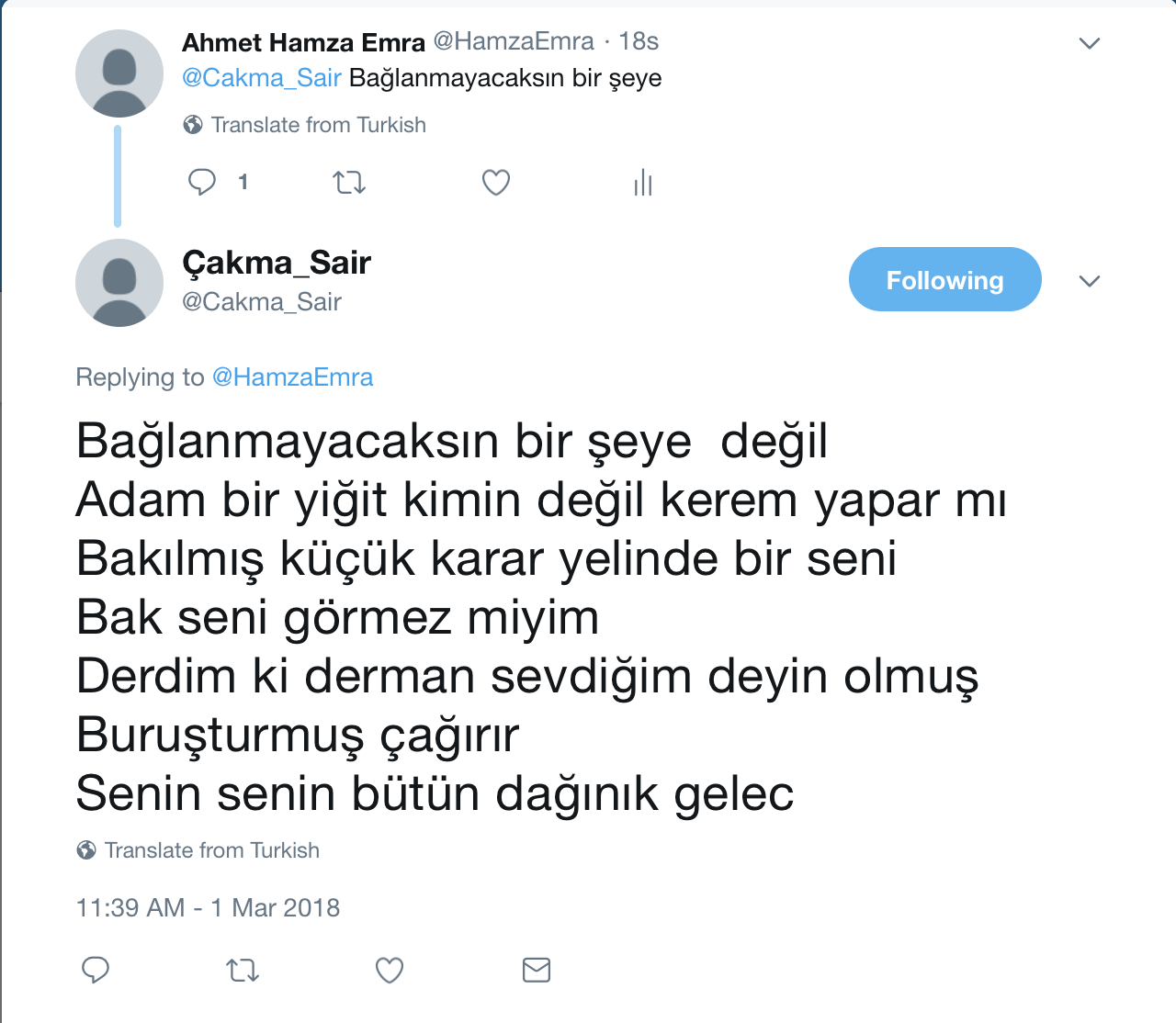 Go ahead and tweet at @CakmaSair to generate a poem!